When we arrived early  at the Cathedral on Christmas Eve it was already packed with worshippers.  We were ushered to the back to wait in a standing room only area as the ushers checked for remaining seats.  It was a great view point and I would have been content to stand there through out the service if no seats were found.  We were standing just beside the Nativity so I was able to get a good look at it for the first time.

A local retired miner named Michael Doyle carved a beautiful nativity for the Cathedral.  County Durham has a rich history in coal mining. 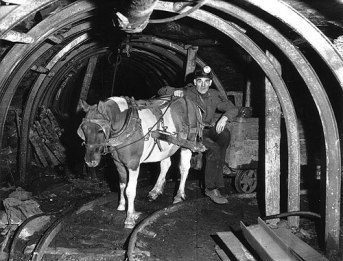 A coal miner with a pit pony.

Mr. Doyle carved a nativity with several figures that make reference to the mining industry;  “the donkey is a pit pony with all its harness and trappings, the crib is a ‘choppie box’ in which the ponies were given their feed underground and the innkeeper is dressed as a miner with a whippet at his side.” 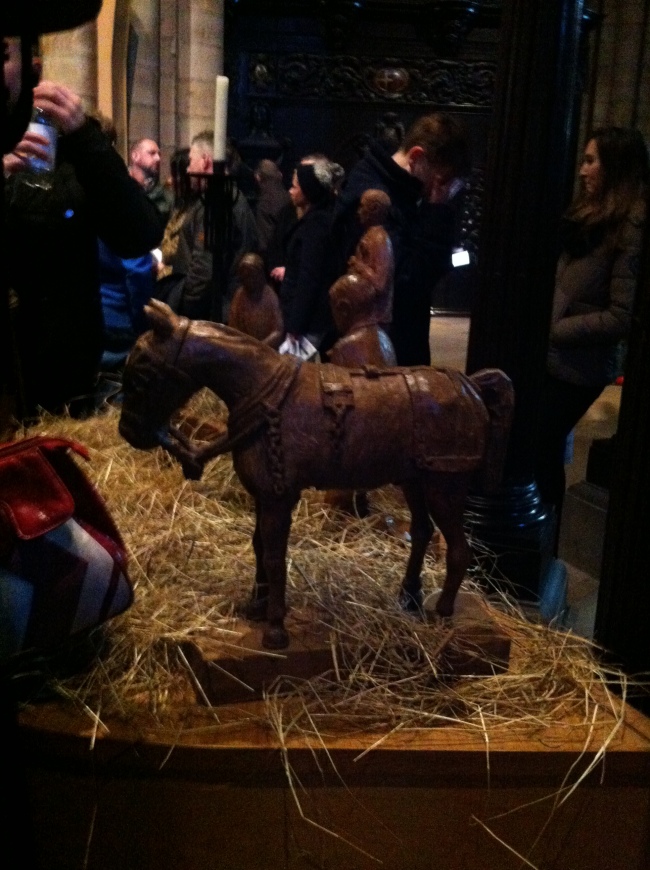 I snuck a quick photo of the Nativity’s “pit pony” donkey.  I hope to go back during Christmastide to observe the Miner’s Nativity in more detail.