It was so nice to get back over the Seaham yesterday.  I am very glad we took advantage of the warm and sunny weather although, both children got somewhat sunburnt.  I guess I have forgotten about that creamy white SPF goodness.  Today would have been an awful day to be at the seaside as it was cool, overcast and raining all day.  Meg and I spent the majority of today washing and attempting to dry clothes indoors.  She sweetly dried a shirt, that  Joshua wanted to wear today, with a hair dryer for him.  What a nice sister!

We saw a few bits of Seaham yesterday that I had never seen before.  There is a connection with the poet Lord Byron and the village of Seaham.  It turns out that Lord Byron married Anne Isabella Milbanke in 1815 at her family home in Seaham.  This is known as Seaham Hall.  It is now quite a nice spa and hotel.  It served as a hospital during World War I.  Lord Byron and his new bride left Seaham a few months after their wedding to move to their new home at Piccadilly Terrace in London. 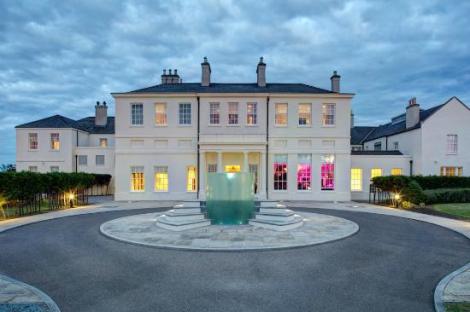 Seaham Hall was once owned by George Vane-Tempest, 5th Marquess of Londonderry.  His son and heir, Charles William Vane Tempest Stewart, was the 6th Marquess of Londonderry.  He owned many of County Durham’s coal mines and invested much in helping them to run better.  He commissioned the building of the harbour at Seaham to export coal with more efficiency.  His statue stands today in the Durham Market Square.  It was one of the first things I noticed about Durham and it has become a meeting point for our family.  It also serves as home base during many friendly games of “tig” in the Market as well.  I have always been impressed with any statue of  a horse.  This one (horse) is small but quite nice looking. 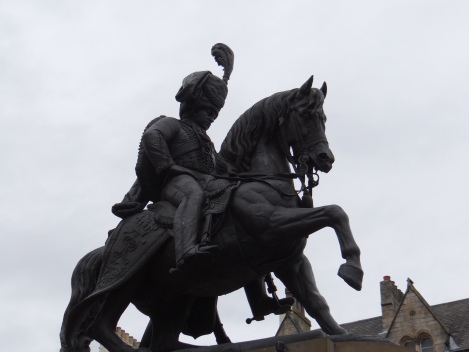 So now if you are ever in the Durham Market square look up at the man on the nice stallion and tell your friends all about Lord Londonderry and his Seaham coastal connection.

2 responses to “Seaham – Lord Byron and the Londonderry connection”