This week’s field trip was moved to Saturday.  This allowed us to get some more work done at school and allowed Rob go with us as well.  Mr. Ray picked us up and we headed down to the Beamish Museum.  Beamish is a living museum recreating life in the late 19th and early 20th century.  More about what we’ve learned later this week.

On this Sunday, when we saw a little snow here, we are expecting more snow this week, and we are watching our friends and family in Alabama watching for snow, we will share a few pictures of our time on the ice.  This was the first time at ice skating for Joshua, second for Meg.  Beamish has a nice little ice rink set up with a nice blend of modern skates and period environment.

Beth was excited at the “period” theme of the tickets.

A future in Disney on Ice MCing for these two?

The first time for the whole family to be on the ice together. 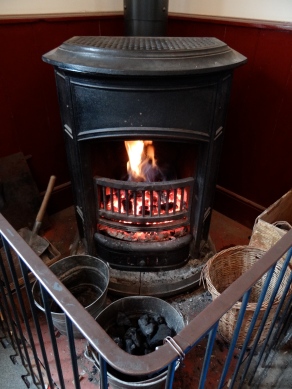 The snow came down in the liquid form. Wet and chilled, we warmed up around the coal fire.
Advertisement

2 responses to “Field Trip Saturday (and a day out)”